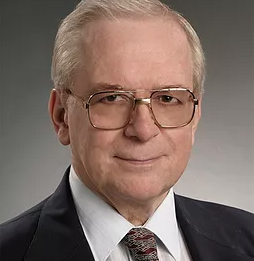 We have lost a great friend and supporter: Glenn Pelikan died on June 13, 2016.

Glenn was a member of the Common Sense for Oregon Board of Directors from our inception in 2009 until his death. He served as Chief Petitioner for several ballot measures, as he supported our efforts to bring balance and fairness to the Oregon tax system and to reduce frivolous lawsuits. His wise counsel served us well.

He was dedicated to good government at the local, state, and national levels, and he put his words and ideas into action.

Here is a full obituary of Glenn, prepared by his friends:

Glenn Pelikan was born May 4, 1935, in Chicago, Illinois, the son of Emil and Elizabeth Pelikan. The family moved to Portland in 1947. Glenn attended St. Rose Grade School, Central Catholic High School, Oregon State College, and graduated in physics from the University of Portland in 1959.

Hired shortly after graduation by Tektronix as an electrical engineer in the Patient Monitoring Products Division, Glenn was the R&D Manager for medical products and negotiator for government contracts. This division was spun-off in 1981, becoming Spacelabs Medical, Inc., where Glenn held the position of executive vice-president. By the time of his retirement in 1999, Glenn had acquired a considerable store of knowledge in medical science and pharmacology, and thanks to his professional and personal experience, he continued medical device consulting for several years after his “retirement.”

In his earlier years, Glenn was passionate about downhill skiing. Summers would find him either playing tennis or a round of golf at Rose City Park. He had a natural penchant for politics and held numerous leadership positions for the Oregon State Republican Party. Governance held his interest, and he became instrumental in developing policy guidelines, sponsoring ballot measures, and supporting promising candidates as a way to make a meaningful difference in the political arena. Glenn was founder of Promise to Oregon and worked tirelessly for tort reform in the state through Oregon Litigation Fairness. His belief was that good leaders should first be good people.

Glenn was a life-long member of St. Rose of Lima Catholic Church where he assumed leadership on a variety of remodeling and installation projects for both the church and the school. Living right across the street from the facility often made him the first line of defense in matters of obsolescence or repair. In a multitude of ways, he was the genius behind these projects, and his generosity of time, talent, and treasure knew no bounds. An acquaintance observed recently, “A generation of parishioners have unknowingly benefitted by Glenn’s generosity to St. Rose. He was our champion.”

Possessed of a strong social conscience, Glenn was active in the community in a variety of capacities for such organizations as Northwest Family Services, Loaves and Fishes, Cascade Pacific Council of the Boy Scouts of America, the Portland Marathon, SERRA Club, Central Catholic High School, University of Portland, and the Archdiocese of Portland. In each he left his mark. Not shy about asking others to share his concern and support for important causes, he never asked anyone for anything for which he hadn’t already shown his own generous involvement.

In an unintended way, as his personal health issues worsened, his presence in the community evolved as a source of deep and lasting inspiration. Alone and without a family of his own to rely upon, Glenn considered the St. Rose parish his family, and astonishingly…vice versa. When crises occurred, and in-between times as well, parishioners would gather at all hours of the day and night, each offering exactly what was needed at the time. One of these friends noted an emergency trip to Providence in the middle of the night recently when Glenn couldn’t breathe. The EMT’s, familiar with Glenn’s circumstances, reverently paused just a moment while Fr. Matt Libra anointed him in the middle of the street. Against all odds and filled with renewed hope fueled by an abiding faith, Glenn would always prevail in these emergencies and be released yet again from the hospital, right up until this last and final time. But forever lasting will be his gift to the community: not only his work, which was legendary in scope, but especially a palpable presence of the Divine. Glenn Pelikan epitomized the triumph of the human spirit over adversity.